This is the final week. 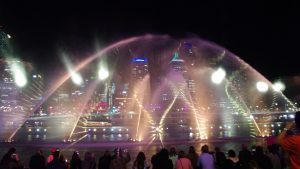 South Bank where World Expo was held in 1988 ( 30 years ago ) and on the same bank, there is a Australia-Japan Friendship Stone ‘dedicated to further strengthing of the friendship between Australia and Japan following the “Tenjin Matsuri” festival which was held in Brisbane on 7 May 1994.’

The stone further reads “We pray for lasting peace and for the happiness for the young people of the next generation” written by Tanenri Terai, Head Priest of Osaka Tenmangu Shrine.

Hours
By appointment only.
Please use the Inquiry form provided for the initial free consulation

Promoting Life Long Learning and liaising the cultural exchange for all ages, SEEDs will facilitate growing your cultural interests.